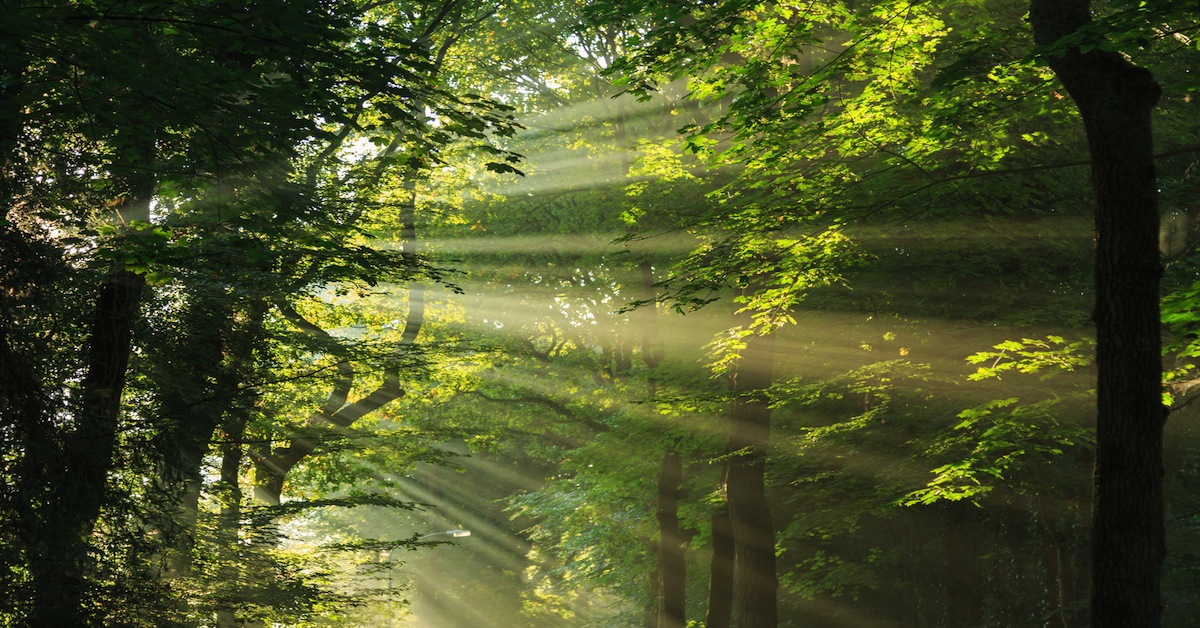 As he stared down at the page, his mind wandered to the conversation he had had with his wife earlier that morning. No matter how hard he tried to refocus on the page, he could not stop replaying what she had said to him. He couldn’t understand why he wasn’t able to focus since reading the Qur’an had always brought him comfort in the past. It wasn’t giving him any kind of peace at that moment, so he finally closed it and replaced it on the shelf.

He spent a few minutes looking at his hands and wondering what had gone wrong in his marriage. He didn’t want to even think about it for another moment, so he raised his hands to pray in search of solace. He remained in that position for a few moments before he dropped his hands onto his lap. He couldn’t even find the strength to make du’a to Allah (SWT) for help. How had things gotten so bad that even his spirituality wasn’t giving him any kind of comfort?

The scenario above is a true one. It is a narrative described by a client of mine when he came in to seek help for his own mental well-being. He had always been a religious person and turning to the book of Allah (SWT) had never failed to bring him relief and remove his worries. This time was different, and so he ended up feeling miserable. During the session, he was putting himself down and questioning his faith: “Am I just not a good Muslim any more?”

The question arose because he related his inability to focus on reading the Qur’an to having a spiritual blockage. What he did not realize, however, was that his inability to read the words of Allah (SWT) had nothing to do with his religiosity, but had everything to do with the stress in his life at that time. Once we worked on those stressors together and cleared the negativity in his mind, he was able to move forward. He now believed in himself as a righteous person who was just facing issues that were affecting his mental clarity. At the end of therapy, he understood very clearly that there is no spiritual health without mental health.

Spirituality as a support

There is no doubt that spirituality and religion can be lifelines in the lives of those who are struggling in life, whether they are dealing with a physical, psychological, or relational issue. The American Psychological Association cites studies done on various groups of people who are dealing with life stressors such as natural disasters, illness, loss of loved ones, divorce, and severe mental illness. These studies show how religion and spirituality help people to cope with these difficulties, giving them comfort through the tough times and also serving as a support to lean on. Spirituality allows them to have a higher purpose that transcends them beyond what they are currently dealing with.

“Even though we have patience and turn to Allah (SWT) in tough times, this does not mean we cannot reach out to others; if we do, it says nothing about the status of our iman (faith). Oftentimes, a counselor, support group, or medical attention is required to resolve a situation.” – Saadia Yunus

Similarly, there are numerous verses in the Qur’an that highlight how religious concepts, such as patience and relying on Allah (SWT), can be helpful during trying times. Allah (SWT) tells the believers to “seek help in patience and prayer” (Al-Baqarah:45) and “if you endure patiently, this is indeed better for those who are patient” (An-Nahl:126). Patience is a necessary virtue during difficult times in life, and turning in prayer to Allah (SWT) either through du’a or salah is a lifeline for the Muslim man and woman.

Necessity to focus on mental health

The mistake that people make is to accept the only solace in difficult times to be their faith. The belief that turning to Allah (SWT) is the only solution to problems holds people back from truly seeking the help that they need. Although faith can be a valuable resource when challenges arise, it must not be the only resolution that is sought out. Even though we have patience and turn to Allah (SWT) in tough times, this does not mean we cannot reach out to others; if we do, it says nothing about the status of our iman (faith).

“Ignoring the symptoms of mental illness or negative thoughts or emotions cannot last long. They will come to the forefront sooner or later, and their inevitable appearance may lead to even greater pain.” – Saadia Yunus

Oftentimes, a counselor, support group, or medical attention is required to resolve a situation. When we ignore this critical fact and judge ourselves for seeking outside help, we are doing a great disservice to ourselves. Negative judgment can lead to more harm within our minds and hearts. The belief that reaching out to others is a sign of weakness in iman is ignoring a very basic fact that Allah (SWT) has taught us: we are human beings. We do not have all of the answers ourselves, and that is why Allah (SWT) has given us mental health practitioners, physicians, and other professionals to provide us with the extra information and support we need. Islam encourages us to seek help from others when we are unable to figure out what to do. The Prophet (SAW) himself was a counselor whom others turned to for marital issues, addiction, financial problems, and more.

When religion is the only place we turn to in times of distress when more help is clearly needed, it can lead to a worse situation. The example can be given of a beach ball that you try to keep immersed under water. It will keep forcing itself to the surface no matter how hard you try to keep it down. Similarly, ignoring the symptoms of mental illness or negative thoughts or emotions cannot last long. They will come to the forefront sooner or later, and their inevitable appearance may lead to even greater pain.

Instead of facing the negative thoughts that are going on inside of our minds or the palpitations of our hearts, we often avoid these and focus solely on patience, trust, and du’a. When we are facing difficulties, more help may be needed in terms of addressing the mental health and/or relationship problems that are at play. We need to be able to allow ourselves to take care of our mental health despite the stigma that exists and regardless of what others may think.

No matter what mental health issues we may struggle with, they do not reveal whether we are religious or not or whether we are good Muslims or not. Islam is a beautiful place to turn to in tough times, and what makes it even more beautiful is that it is all-encompassing. It teaches us to focus on the health of our minds, bodies, and souls and not to leave anything out. Both factors of spirituality and mental health must be focused on in order to be healthy and happy throughout our lives.