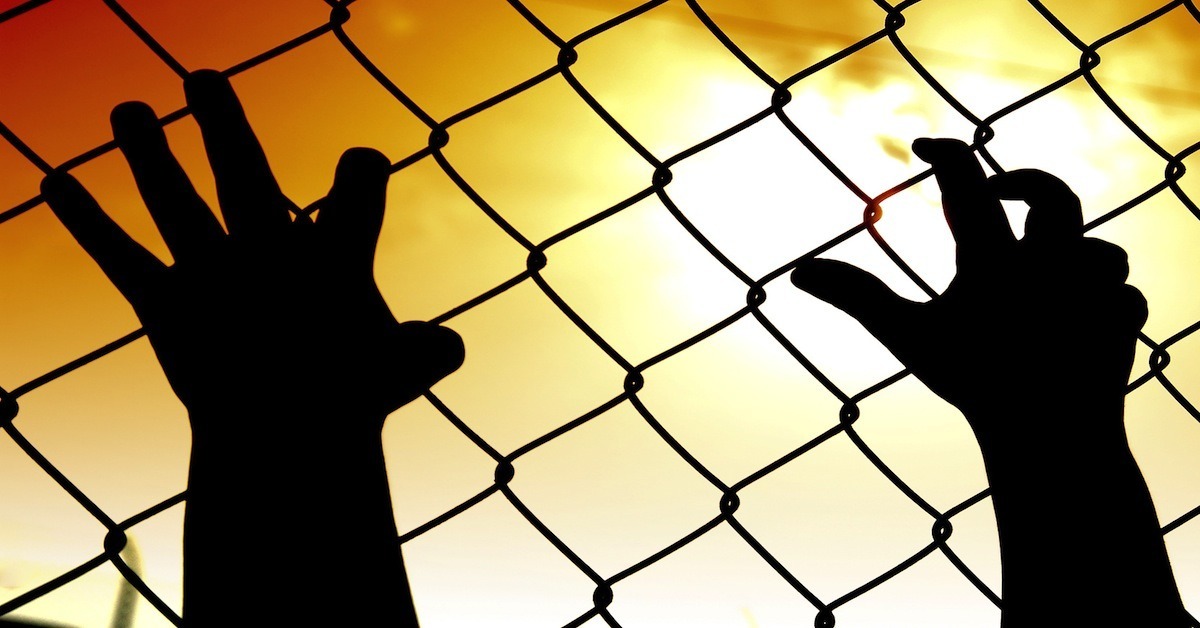 I wake up early in the morning, and I get ready to go off to Fajr prayer, because going to Fajr is important to me. Although, I don’t share it with anyone, I’m furious.

As I drive to meet my Lord, I give the empty passenger chair a backhanded blow with my right arm. My face is contorted in confusion, pain, frustration.

I acted out sexually the night before. And I hated the fact with every ounce of soul I had.

For years, my existence was characterized by an external display of calmness and competence, yet chaos reigned inside.

Despite my acting out, I still tried to make Fajr prayer, I attended weekend Islamic seminars regularly, I held leadership roles within my school and masjid, I was successful academically, parents in the community praised me as a role model for their kids.

Everything was fine…if only this one tiny little thing could just disappear.

Truth is, nothing was fine.

I was deeply, deeply insecure. The primary reason is simple: my focus, my goal, the thing that drove my actions day and night was living up to an unreasonable set of expectations.

I made sure to go to Fajr after acting out because it would at least slightly appease the part of me which was yelling “Oh no! What is wrong with you?! This is not who you are supposed to be.”

As long as I was conscious, such a voice yelled ceaselessly. I was never good enough. Even after praying Fajr, it would yet again let me know, you could have done better.

So, what’s wrong here? Well, this approach resulted in a focus exclusively on the external aspects of my life.

I had very little compassion toward myself. I tried so hard to forcefully mold myself to somehow be who I “should” be. The story above presents but one example.

I have been in recovery for nearly four years. For most of my work trying to find recovery and growth, that same voice rung, day in and day out. I was learning and growing in various ways, w’alhamdulAllah, yet I still deeply suffered from this oppressive voice.

The important thing to note is that I had no clue my approach was entirely wrong. I didn’t realize that I was being driven in all my actions by an oppressive voice.

I was trying as hard as trying gets. Yet, despite my best efforts, I had a formula which was absolutely wrong.

As hard as I tried, I could not break free. Not unless my approach changed dramatically.

Recently, a friend in the recovery community mentioned something he called “unconditional surrender.” The idea fascinated me.

The call to “surrender” is very common in the recovery community. I had heard it many times. But I didn’t really understand what it meant practically, or why it was so important. The question often came up: OK, so what do I do differently?

When my friend mentioned “unconditional surrender,” it made me think twice about the idea before dismissing it.

I tried to reflect in very practical terms. Some things were clear: I was obsessed with controlling my reality. I was terribly afraid of making mistakes. I wasn’t so fond of the idea of “letting go”.

So, what was I doing wrong exactly? It wasn’t entirely obvious, so I had to search deep within me, and I had to ask the difficult question: am I willing to surrender everything to Allah?

As I searched, I realized that a part of me absolutely refused the idea. “Not a chance. Are you going to let go of everything, and entrust your fate with someone else?” Whoah! The voice yelled out loudly, unexpectedly. Where did this come from?

The “surrender” I’m describing here is purely an internal act. It is a matter of the heart. I was doing fine with the external rituals. But my heart…boy was it a wreck!

Now I understand the oppressive voice a bit more.

For so long, I placed so much emphasis on superficial things. I judged my actions with no consideration of my context such as my emotional state, my physical well-being, or other events going on in my life.

I had to do everything just right, because there was no excuse otherwise.

My heart beat to the rhythm of this voice. It sang its song. My devotion was not to Allah. I was devoted to an image of myself, who I “should” be. That is where I went terribly, terribly wrong.

So, Allah called me to establish the Fajr prayer, to reap the fruits of His worship.

The voice within also called me to Fajr, but for different reasons: to feel the satisfaction of a check on my to-do list of expectations.

For so long, I responded to the oppressive voice. It is finally time to destroy this false idol and respond to Allah.

There are many pieces to the puzzle of growth and recovery. I now understand that learning to surrender is the biggest piece for many of us.

My friend in recovery shared the following reflection about the concept of surrender after one year of sobriety.

“Surrender enabled everything. Accepting that I’m powerless over lust made me hand over the keys to Allah. I relinquished all control over my desires and my strict expectations of others.

I felt that I had finally, truly become a Muslim. By not trying to control everything in my environment my brain suddenly had full access to the wisdom of the sunnah of Rasul Allah (SAW) as not something I can DO, but as someone I can BE.” – Carlos V.

I will explore the reasons I refused surrender and how Allah helped me to overcome them in future posts, insha Allah.

For now, please take a look deep down and ask yourself the difficult question: am I ready to let go and surrender everything to Allah?

The answer your heart sends back may hold the keys to the freedom and growth you seek.