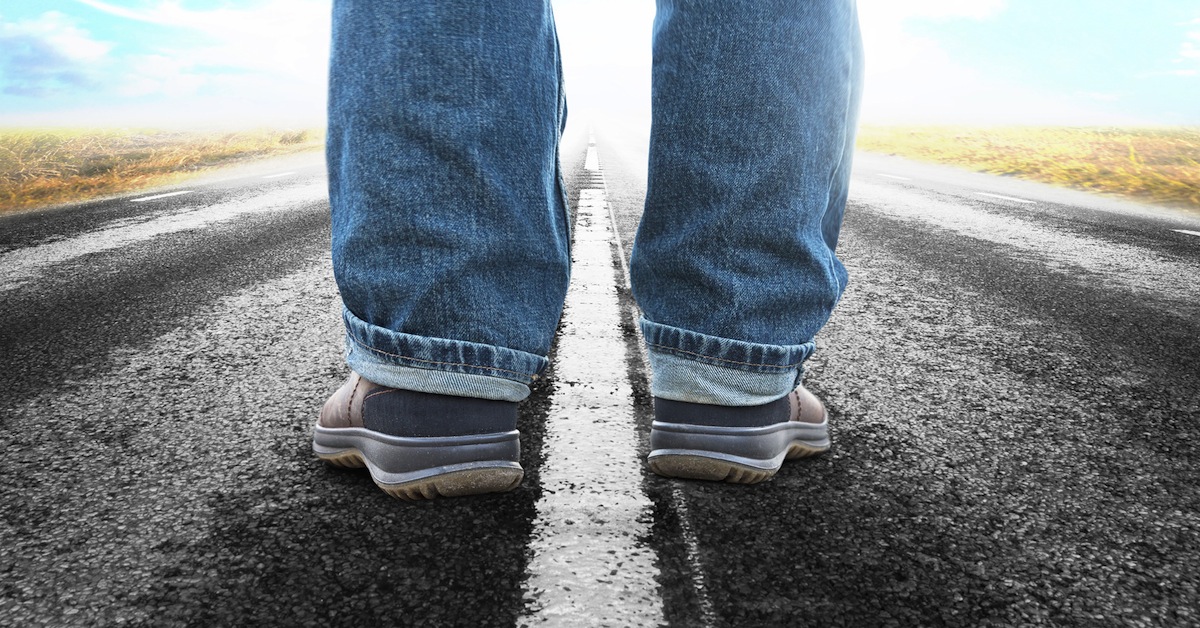 February 2nd, 2017
“This is the fourth time this month. A well-meaning brother asks me if I’m looking to get married. Obviously, I would love to. But I haven’t gone more than two months without acting out. More than five years ago I started my recovery. Who would have thought I’d still be right here. I look back, and I question everything and everyone. I am confused. I have little faith. “No brother, I’m not looking to get married right now.” Maybe in a year things will look better.”

This has not happened, but in my mind it is as vivid as a recent memory. On February 2nd of 2015, I envisioned what two years later would look like under two distinct circumstances: 1. That I am sober for that time period, and 2. That I am still acting out.

My imagination produced vivid scenes that elicited deep emotions. This exercise was a turning point in my recovery, because I realized more than ever before how high the stakes of my sobriety really are.

I realized that a very real possibility existed that, in two years, I will be experiencing the same pains and holding on to the same frail hopes. Two years and nothing will have changed?! More than ever before, I felt the fear necessary to drive my sobriety forward.

I needed it. I needed to be startled. I was never before more afraid about how serious things are, never before so aware of the realness of consequences.

Although my aspirations played a significant role, the overwhelming importance of fear became clear in the weeks ahead of me.

In moments of weakness, nothing moved me more than the now acute awareness of the very dreaded, very potent consequences of acting out. For the first time, I scared myself out of crossing my boundaries.

How this time was different

I thought about my motivation – the pains of addiction and the pleasures of recovery – much earlier in my recovery and on several occasions.

I had a long bullet list on each side. I would refer to it in moments when I needed motivation. The pains listed included “negative effects on my study/career” and “ruin possibility or success of marriage”.

On the pleasure side I had, for example, ”replacement of my sins with good deeds” and “finally, true submission to my Creator”.

Each item made perfect sense, and I knew it to be true. However, the attempts at finding motivation from these lists did very little to move me. I was trying my best to figure out the motivation puzzle, but something was severely lacking in my attempts.

This time around, things were clearly different. I was moved when I first recorded my new motivations, and I continue to find meaning in them today. My new inspiration came about through Allah’s aid, and after years of thought and experimentation.

I thought about what made this time different than my previous attempts. I identified 4 ingredients which made this exercise so effective for me, w’alhamdulillah.

Some time before doing this exercise, I thought about my intention. I decided I would invest time for this type of work as a form of prayer to Allah to bring about the growth I sought, recognizing that the results will come from Him and not in the work I was doing.

I mustered up as much of this sincerity as I could, and the resulting blessings I experienced were tremendous, w’alhamdulillah.

I insisted that everything I write down should very quickly reach my heart.

I adamantly avoided things that made sense but did not resonate. Above I shared some examples, like “negative effects on my study/career”.

Although this is entirely true, such a phrase alone does nothing to describe the emotion of the situation. I could replace this with something like, “last semester I got my lowest GPA so far.

I tried so hard to pull things together this time. However, my heart sank and I felt like a failure when I saw that my grades came out even worse this time around.”

I created scenes in my mind, not lists of benefits and harms. I included as much as I could of what I feel, hear, and see.

Although a consequence like “delaying marriage” is undesirable, it meant little on its own. Instead, I wrote the piece quoted at the beginning of this article.

I envisioned a conversation, along with the ensuing thoughts, and all of this summoned familiar emotions: the feeling that progress is not being made, the feeling of failure. There, I painted a scene which scares me. On the other hand, I also envisioned scenes that give me aspiration and inspiration.

For example, I imagined the moment I am able to embrace my younger sister wholeheartedly out of love and support – a possibility I knew achievable only through sobriety.

This time, I did not ask “What pains will be caused by addiction?” Rather, I asked “What will my experience be like if I am still acting out in two years?”

I was also certain that my shame would gradually be lifted as I maintained sobriety. It was simple cause and effect. The cause was specific and the effect was unquestionable.

The only way to grow is to know the consequences

Before this exercise, I subconsciously held on to the belief that time will cause the change I desired. I simply could not fathom a future in which I was still acting out one or two years later.

As a result of my blindness to the consequences, I spent years waiting for my future sobriety! Even after living with the pain of addiction for years, I still did not truly understand the stakes.

“We put in whatever small efforts we can – time, energy, money – seeking to learn and to grow. The fruits of it will come about, insha Allah, but the investment must be made.” -BrTwoThousand

That’s why investing time to think about my motivations and doing so as wholeheartedly as possible was so important. Only by doing so did I come to know what my choices would lead to.

Only by investing this time did I learn that two years will change nothing – time will do nothing for me!

My choices, however, could change everything. Sure, this made sense to me, but I did not really know it, simply because I never imagined it – it was not real to me.

The only way I came to know the consequences was by investing time for thought. The time spent was a priceless investment. Sobriety didn’t ensue immediately, but a vigor for progress certainly did. My longest stretch of sobriety began a month and a half later.

This is what we do in recovery.

We put in whatever small efforts we can – time, energy, money – seeking to learn and to grow.

The fruits of it will come about, insha Allah, but the investment must be made. It’s OK if your efforts do not penetrate your heart at first.

They may require revisiting – you may have to give them another shot. With Allah’s aid and a bit of investment, you will find the motivation which deeply penetrates your heart, insha Allah, so that you can see in two years things have changed for the better.