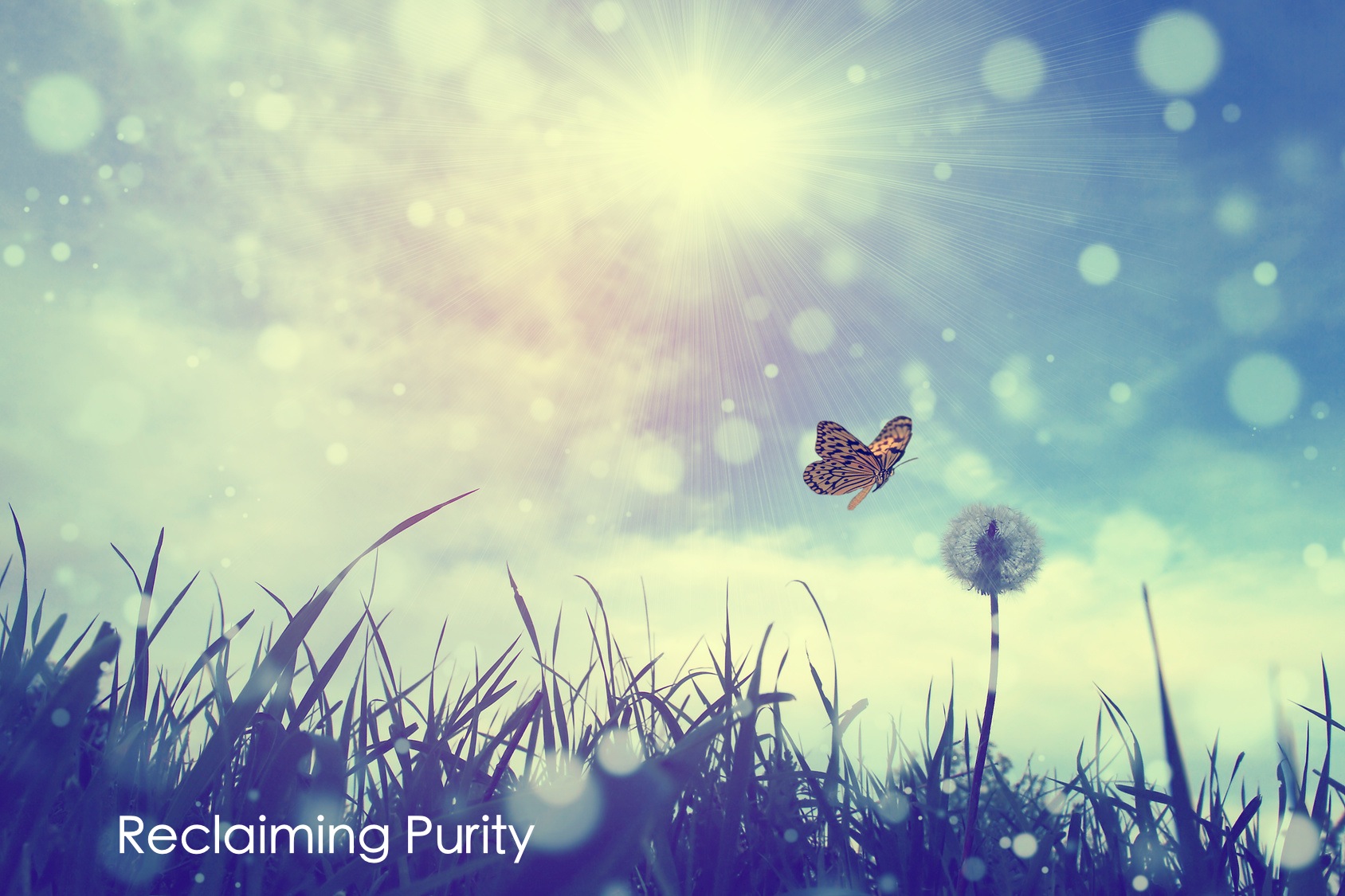 A lot of people are stuck in shame, despair and disgust over their sexual sins that they have been engaging in for years.

As a result, they cannot forgive themselves and they feel hopeless about their future because of these sins holding them back.

In light of the despair you may be feeling, I want you to know that you can reclaim your sexual purity with the help of Allah.

Self-hatred and beating yourself up for the past is not the long term solution, because it puts you in a deeper hole where you are consistently shaming yourself, and seeing yourself unworthy of any help.

To demonstrate the process of reclaiming your sexual purity, I want to share a story of a coaching client of mine.

Sister Heba was involved in a toxic relationship with an authority figure. She ended the relationship before it became too serious, when she realized it was toxic and abusive. Years later however, she still could not forgive herself for her level of involvement in the relationship, even though it did not lead to zina.

In our coaching calls together, we created an action plan that allowed sister Heba to come out of the self-hatred into self-acceptance, where she is able to finally forgive herself for the years she was involved in the relationship and move on to a new chapter in her life.

Here are three steps that contributed to her reclaiming her sexual purity, and in sha Allah these steps can guide you as well:

1. The Past: Understand your past, and where you are coming from.

To go to point B, which is sexual purity, we have to define what point A is.

There were things in the past that you did that you considered shameful. These things are interfering with your present as they continue to haunt you. You are often in dismay as to what compelled you to get into these behaviors.

On the surface they look like very distasteful behaviors, but it is always deeper than you may realize.

Even before her toxic relationship, sister Heba did not feel good about herself. She felt valueless since the age of 10. She was often teased and bullied at school and by her older brother. In addition to that, she was born with a medical condition that affected her and her family dynamics.

These were the factors that contributed to sister Heba feeling valueless in terms of her appearance, and such beliefs that she developed at a young age were carried onto her toxic relationship with the authority figure.

Through our coaching calls, sister Heba realized that she was filling some sort of emotional need through the toxic relationship she was in. She identified that she went to the authority figure to feel loved, accepted, and wanted:

“I thought, wow someone actually likes me, someone’s paying attention to me, someone’s actually pursuing me and thinks I’m pretty. I become dependent on him in an unhealthy way. I didn’t realize how much emotional sustenance I got from him.”

Likewise, there may have been beliefs you developed about yourself at a young age, which primed you to turn to your unwanted sexual behaviors and sexual sins as a means of fulfilling certain needs.

This process of self-discovery is revealing and will help you understand where you are coming from. It will also allow you to develop self-compassion, which is one of the key ingredients in reclaiming your sexual purity. Self-compassion gives you hope about your situation and allows you to feel worthy of forgiveness, both from yourself and from Allah SWT.

2. The Present. Understand what you are doing right now to deal with the sexual sins.

The second step is to understand how you are coping with this part of your life right now.

Through our work together, I asked sister Heba to list out the options she had in dealing with this very difficult part of her life. She identified the following:

Sister Heba identified that for the past few years, she had been using the first route, which was running away from her past sins. She would either turn to her addiction as a way to numb out the pain and the emotions she felt about her past, or she would go back to the authority figure, and brush off all the abuse she was facing.

This path not only kept her in severe shame, it also exacerbated the pain she felt about the sins, leading her to feel more self-hatred and doubt.

Her breakthrough came when she realized that in order to heal from this event and really move forward in her life, she will have to experience and feel the pain of the past instead of avoiding it.

There were a whole host of emotions that sister Heba denied herself from feeling, which occur in the stages of grief. And in order for her to be in a place of self-acceptance and make peace of her past, she would have to go through the stages of grief.

The only way you can reclaim your sexual purity is by experiencing the emotions, the disappointment and the heartbreak you feel over your sins. This process will help you get to a place of self acceptance and healing insha Allah. The only way out is through.

3. The future: Your past does not equal your future.

“Indeed a servant commits a sin by which he enters Paradise; and another does a good deed by which he enters the Fire.” – Ibn Al Qayyum
.
It is important to hold in perspective that these past sins that weigh us down can be the best thing that can happen to us, if we make a new decision based on the situation.

Moving on is not about “I made tawbah, I can forget about the past.” These events that happened are very much part of your past, but part of healing is coming to acceptance that they do not particularly define you, but they do shape who you uniquely are today and that could be a good thing.

By looking at the spiritual lessons and the hidden blessings of this dark time of your life, you can start a new chapter in your life.

For sister Heba, in order to truly make peace of her past, she would have to see where she had control and power in that difficult situation she was in.

One of the new decisions that she made in moving forward was creating personal boundaries so she won’t fall into the same situation again in the future, and also sister Heba made the decision about opening up to trusted friends about what happened which helped her deal with the shame and guilt she was feeling.

And through learning from your past, it is also realizing that Allah SWT allowed you to have your story so that you can in sha Allah one day also help other people who are in similar situations as you were in.

And that is what attaining true sexual purity is all ultimately about: It is accepting the past, realizing where those sins are coming from, and finally taking the spiritual lessons from these situations toward a better future for yourself and for those around you in sha Allah.