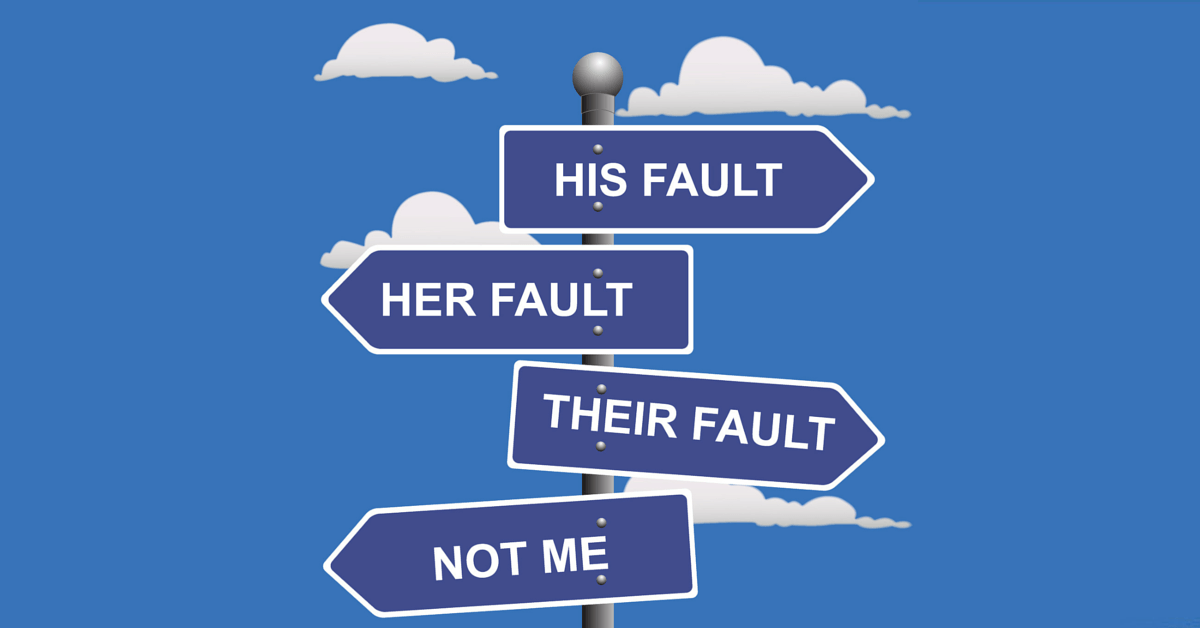 The following example of brother Salim shows just how pointing fingers as a way to justify your behaviors can actually create bigger problems in the future from quitting.

Brother Salim’s wife reached out to me when she was days away from her delivery, about her husband, who, a doctor by profession, had been cheating on her with a nurse. This wasn’t the first time brother Salim had an affair.

When I spoke to brother Salim about the implications his behaviors have had on his life, and his family, he could not acknowledge the gravity of the situation and only blamed circumstances that were out of his control.

He went up to New York for his medical residency, as his wife stayed behind in another state. And because his wife was away, he got closer with someone else that resulted in him cheating on her physically with another person, and going to massage parlors.

He now wants to get married to this woman he is having an affair with, and take her as a second wife.

“I told my wife that if she hadn’t gone then I wouldn’t have fallen. I got chemistry with this other woman. I got something going on at work and at home. I will have the same problem, even if I leave the hospital. I will have to interact with women. So what’s the problem? I have attraction towards another woman at my work and feel happy this way. Why can’t I have my ‘home life’ and have that halal outlet, and then I can get married to this nurse as my second wife and have my ‘work life’ where that’s halal too?” – Brother Salim

Brother Salim does not see the false logic he is using to justify his behaviors and what may be obvious to you as a reader, he cannot see himself.

Brother Salim repeatedly told me that he knows what “he needs to do”, he needs to pray more, fast more, learn Arabic, read Qur’an, and become a better Muslim, but sometimes he finds his sexual urges to be strong, which is why he goes back and forth with having affairs, going to massage parlors and so on.

The only problem is that all of his “solutions” whether it’s becoming more practicing as a Muslim or marrying a second wife and making it “halal,” will never address core issues and his constant desire of lust will never be fulfilled.

You might think this example is extreme, and think that “I’m not THAT bad,” but have you ever thought or said to yourself:

Though the scenarios may be different between your experiences and brother Salim’s, at its core the justification of your behaviors by pointing to things outside of you is the same.

The question I have for you is, what would happen if you stopped pointing fingers?

You may be thinking right now, “How could that possibly be right, that all those pretty women in the street aren’t to blame for my unwanted sexual behaviors?”

“The only problem is that all of his “solutions” whether it’s becoming more practicing as a Muslim or marrying a second wife and making it “halal,” will never address core issues and his constant desire of lust will never be fulfilled”

In this moment, you have a choice. You could either continue down the path of pointing fingers, or you could say, “I don’t know” which could lead you to start digging deeper than that.

He has never gone deeper about the implications of what his obsession with sex is really truly about in his life and that’s perfectly OK too. So the “I don’t know” is a very important start.

As a professional working within this field I can see what it’s about and it has nothing to do with his drug of choice which is sex. It’s his way of coping with the stress he faces in his work, the actual emotions he feels deep down inside, and the feelings of insignificance he struggles with all the time.

I see that but what is more important is that he sees it too.

The amount of energy he has spent on blaming people, situations, or things, for his inability to lower his gaze and justifying his extramarital affairs, can now finally be redirected towards answering why it is he is so compelled towards lustful behaviors.

And the same could be true for you.

The energy used in pointing fingers to outside of you is misdirected and is causing you more harm by giving you an excuse to act out on your behaviors. That same energy can be used towards asking yourself, why? Why do I have a problem with these unwanted sexual behaviors?

And that shift of energy and focus creates a powerful force that has led many to break free from their unwanted sexual behaviors.