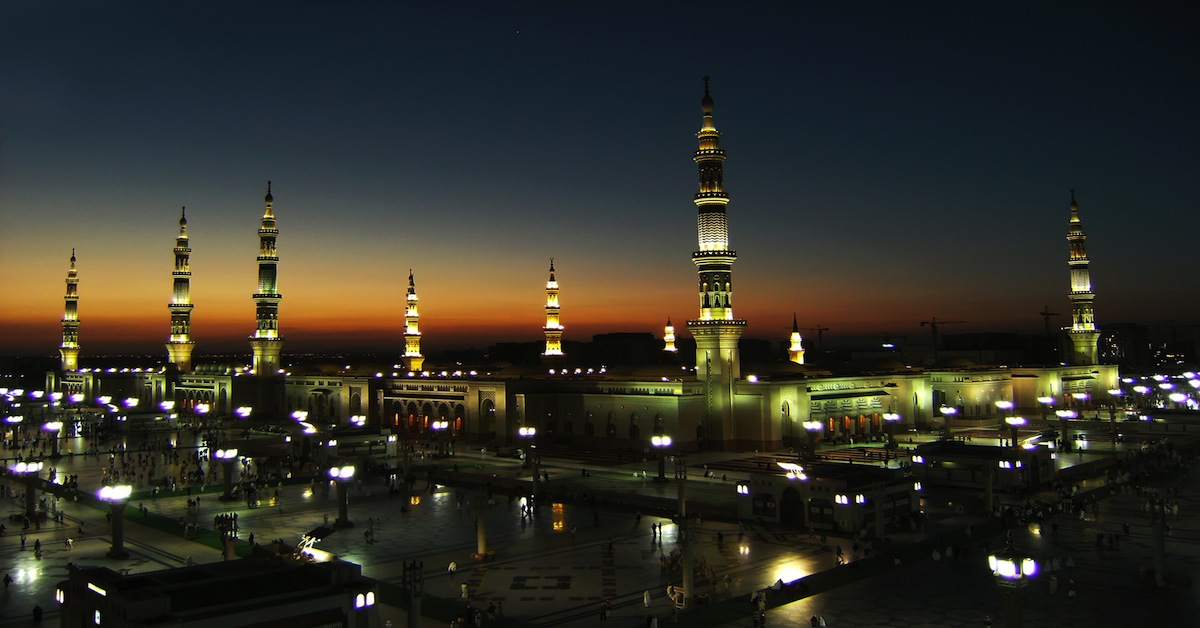 It was an amazing relief turning back to Madinah. I embraced the feeling and let it wash over me, as I had done for the blessed few days that I got to spend in the illuminated city. I realised what was missing from my life – not the physical city of Madinah, but everything it represents.

My addiction turned me away from the Prophet salAllahu alayhi wasalaam and his teachings, and the exercise made me realise that.

In 2013, I made the unforgettable journey to the blessed lands of Makkah and Madinah. I had spent most of the year at university feeling isolated and alone, so this trip felt like the light at the end of the tunnel. Needless to say, Madinah left a huge impact on my heart and my life, and coming back from that felt almost impossible.

I later found out that holding on to the feeling of being in Madinah was even harder. Alhamdulillah, I managed to hold on to it for a few months, and the classes of sacred knowledge that I had joined allowed me to build on the high for a long time after that as well.

Unfortunately, as everyone here knows, the feeling eventually subsides. A year later, I found myself back where I didn’t want to be – away from Madinah and back in the pits of my addiction to unwanted sexual behaviors.

I never thought I’d be back there – I naively thought that because I had been to do ‘Umrah that I would never return to those sins. I now know better.

It took me a year and a half of going for months without relapsing to my unwanted sexual behaviors, and then relapsing harder than I ever had before, to realise that I needed to get help.

I found an article which had a link to the Purify Your Gaze website, and I watched the free videos straight away. I cried the whole night watching the videos, because everything in them was a reflection of myself. I initially joined the Breaking Free program, but group coaching was included in a special offer, so I had to go for it.

For the first coaching call, I really didn’t know what to expect, but I was a physical and emotional wreck leading up to the phone call. I had never been in a situation where I had to openly express my feelings in front of anyone, but I knew that if I really wanted to get help, I would have to be brave and take that step.

The first part of the call was mainly to discuss my coaching starter pack, so I was pleasantly surprised when Br. Zeyad asked me to talk about Madinah – it is one subject that I genuinely love talking about. It had been a long time since I had to talk about it, so it was also quite emotional seeing what state I was in now, compared to back then.

Br. Zeyad asked me to visualise the feeling of being in Madinah – the colour, the form and the position it was in related to me. Again, I was pleasantly surprised at how easy it was to visualise the feeling. The hardest part was facing it again, because I felt it had been out of reach for so long. After eventually turning myself around to face Madinah, I cried. I wanted to cry even more but I held it in so I could carry on the phone call.

It was an amazing relief turning back to Madinah. I embraced the feeling and let it wash over me, as I had done for the blessed few days that I got to spend in the illuminated city. I realised what was missing from my life – not the physical city of Madinah, but everything it represents.

My addiction turned me away from the Prophet salAllahu alayhi wasalaam and his teachings, and the exercise made me realise that. I know this seems fairly obvious (that an addiction to any sin turns you away from your deen), but this was the first time I had realised it for myself.

Alhamdulillah, the visualisation technique really helped. The feeling of being in Madinah, even though it was a small proportion of the initial feeling, positively impacted my ‘ibadah for a few weeks. I was more ‘present’ during prayers, engaged in more dhikr, and generally felt more positive about life.

Unfortunately, I have relapsed again since that first phone call. We as human beings are created to forget, so I know that every time I forget to turn to Madinah (and everything that it represents), I am falling into a trap which makes me susceptible to relapse. However, I know I am in a much better position to recover now than I was before. Visualising and embracing Madinah has made me want to work harder to keep that feeling alive in my heart and in my life, so it has given me that incentive to keep going.

I pray that we are able to turn to our own personal Madinah, and whatever that may mean for each individual person going through recovery. May Allah grant us success and reward everyone involved in this program. Ameen.