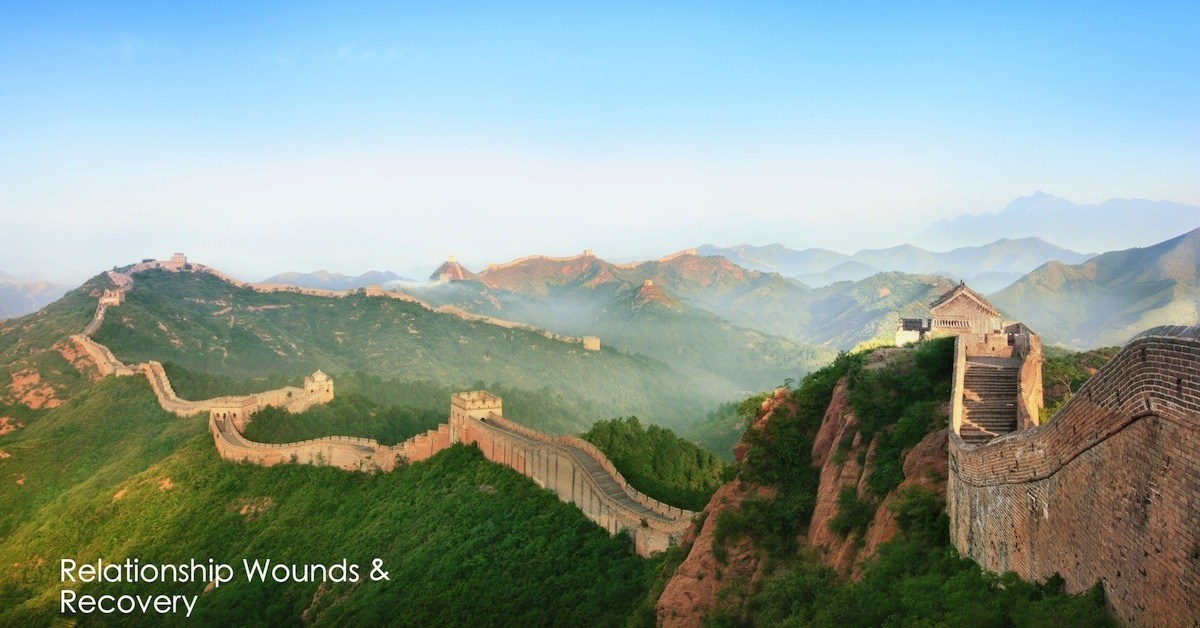 One of the underlying issues that often drive addictions are relationship wounds.

These wounds are formed earlier on in a person’s life and are carried on well into adult life, where the person is not able to relate and connect with others around them, and where they often keep everyone at an arm’s length.

These wounds often manifest themselves by withdrawing from people, and preferring isolation instead of forming and sustaining meaningful bonds. This is a commonality factor between those struggling with unwanted sexual behaviors.

I explored these relationship wounds with Brother Ahmed, a coaching client of mine, who was struggling with unwanted sexual behaviors. The telling signs that he had these wounds to begin with, was that his wife would often complain to him that he was emotionally distant from her.

I also found this to be true in our time together, as one of the experiences that I had working with brother Ahmed was that I could never connect with him.

I felt as if there was a Great Wall of China between us and I told him that. He laughed about it and said that perhaps I was right.

And so, when I asked him to tell me about vulnerability, letting other people inside and what his beliefs were surrounding that, he gave it some thought and he answered,

“You see, if I let you or others in, then you can take advantage of me and you can hurt me.”

Brother Ahmed had a past where he was bullied by his schoolmates. This painful experience amongst others shaped him to such an extent that he protected himself from ever getting hurt again by closing off completely. A consequence of that was that he emotionally kept a barrier between those around him, and when he got married, he kept a barrier from the most intimate partner of all: his wife.

“These relationship wounds often manifest themselves by withdrawing from people, and preferring isolation instead of forming and sustaining meaningful bonds.”

Long story short, we finally broke through after many coaching calls, and we got to a call where the barriers came down and he started to cry.

Compared to the Wall of China of before, the most amazing moment was when I would look into his eyes, now I could finally see inside of him, all of him. I could connect to his soul.

What was equally amazing was that he looked physically different! By letting himself be vulnerable, and allowing me that privilege of seeing him inside, that shift alone opened the floodgates that accelerated his recovery, and will no doubt enrich his relationships in sha Allah.

We also explored this concept of vulnerability in a broader aspect, by looking at some of the beliefs that he learned from his father about being a husband and a man.

From his cultural background, the man’s responsibility was restricted to taking care of the family by providing for them the basic needs of food, water and shelter. It is possible that this belief developed as a result of the continuing financial problems in his home country where in order to survive, the basic needs of survival, that a man provides to his family were most important and thus good enough.

Growing up, brother Ahmed never witnessed his father hugging, kissing, or expressing love to his mother. It’s highly possible that his father picked up that same unspoken standard of manhood passed down through the generations before him.

Despite immigrating to the United States, where he had the privilege and opportunities that his forefathers in a different place and time did not have, brother Ahmed carried those same expectations with him into his marital life, where he was subconsciously withholding from his wife emotionally.

Part of our work together, was him taking ownership of his own legacy as a man which meant him deciding what being a man meant in his time and place, and what type of relationship he wants to have.

Recovery gave him the opportunity to unlearn and relearn what it means to relate to himself, and to others around him. And recovery can give you the same opportunity as well.