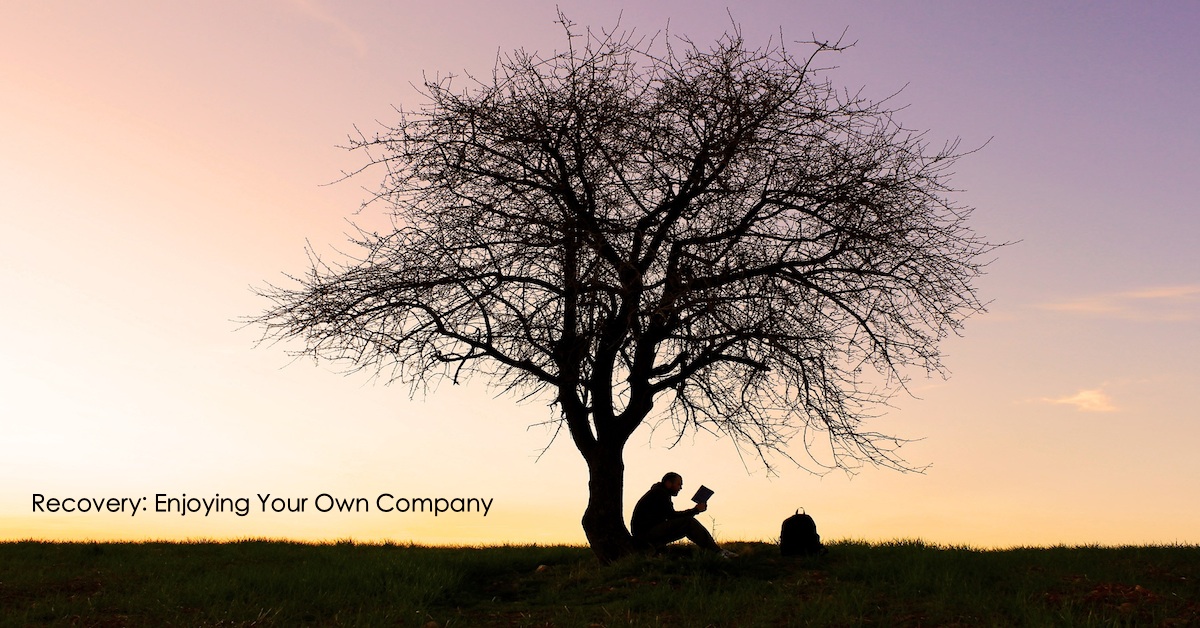 Are you afraid of being alone? Do you do everything in your power to avoid being by yourself because you know that would lead you to act out to your unwanted sexual behaviors?

Brother Hasan had a debilitating fear of being alone. He wanted his wife’s company all the time, because he knew that once he was alone, he would almost always turn to his unwanted sexual behaviors.

The fear of being alone was so great that he was unable to enjoy his own company and truly be there for himself.

“I don’t want to be permanently alone. The pornography helps with the temporary feeling of loneliness but it’s not going to fix my long-term issues with being alone.” – Brother Hasan.

Instead of letting that fear control his life, one of the first things we did in our coaching sessions together was find out why that fear was there in the first place.

Beneath Every Uncomfortable Emotion Is A Truth

On one level, brother Hasan had a fear of being alone, but as we dug deeper into his past, what that really meant was that he associated being alone with the fear of being abandoned, as a result of certain experiences in his childhood.

“I was one of four children. When my parents first came to this country, they had to work really hard to keep food on the table. My father left to go attend school again, and they were busy with trying to get food on table and pay for expenses. By the time I came around as a fourth kid, my mom and dad were both working, I was a pretty easy kid, I didn’t really cause much fuss. That was kind of taken advantage of by my parents in the sense that they were able to let me be on my own. I used to watch a lot of TV as a kid. Hours and hours of it at a time. Then I was just sort of left alone, I didn’t bother anybody, they didn’t bother me.

There’s a bit of unresolved issues when it comes to my parents giving me the proper attention. And I don’t blame them for it because I know they were working hard, they were doing the best they could. But I still feel like there is some sort of issue there with me not feeling loved from my parents despite the fact that again, like I said they’ve done a lot. But I wanted to be loved, and to a certain extent I felt a bit neglected.”

Now as an adult, whenever brother Hasan was alone he naturally gravitated towards getting in front of a screen, because this was how he learned to soothe his loneliness and neglect through his childhood.

Emotional Literacy Empowers You To Take Charge Of Your Story

When he connected the dots, brother Hasan was able to see why he was so afraid of being alone right now as an adult. He realized that he was not being abandoned as a child since his parents made the best with what they could.

With this awareness, brother Hasan no longer had to recreate this story that he was being abandoned, and he could be his own best company.

For his longterm recovery success, avoiding this trigger of being alone all together was not sustainable, and brother Hasan needed to face this fear directly.

Now with recovery, brother Hasan could choose to spend his time differently on things that lead to his care and nurture of himself in a healthy way.

Develop The Courage To Face Your Deeper Emotions

Being alone is a common weak point or trigger for many of our members, and it may be one for you.

Part of the healing process is learning to face your triggers that are born out of fear because leading a life where you’re trying to avoid being alone all the time is not realistic or sustainable.

The biggest opportunity that comes out of this is finally learning to enjoy your company.