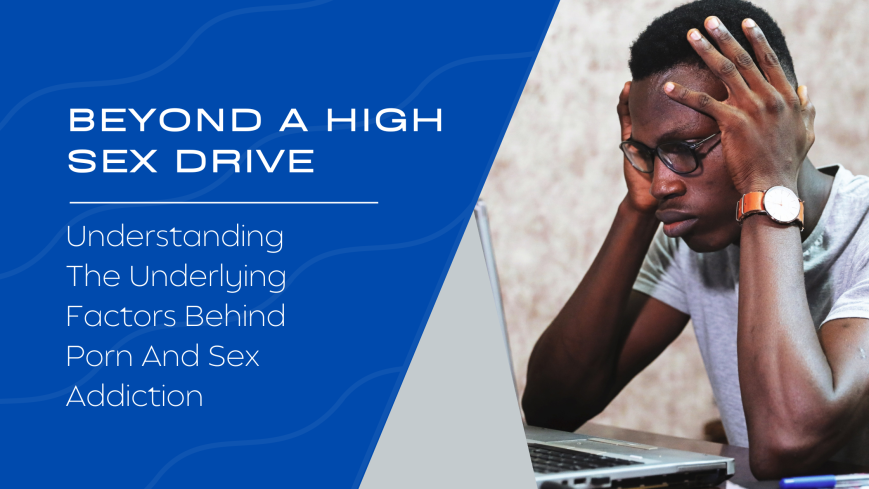 Amir was living a dream life. A proud father of four children, he recently celebrated his 10-year wedding anniversary. Professionally, he graduated with a Master’s degree with a 4.0 GPA through which he landed a great career. He also plays an active role in his Muslim community and has pious company he spends time with. He had recently performed Hajj as well. Masha’Allah.

But there was a piece of his life that he completely hid away from everyone else.
“My wife had some kind of pelvic pain and her doctor recommended doing STD test. I was really anxious that I had given her something. I didn’t have any signs or symptoms. That test didn’t turn out to be positive.”

Amir was struggling with pornography for a number of years, and now his problem had become worse as he began to seek out escorts and prostitutes.

On the apparent, Amir seems to have everything going on for him. He seemed to be doing all the “right things,” but all his blessings and achievements were not enough for him to stop engaging in his unwanted sexual behaviors.

“You’re an expert of your life. Why do you think you have this problem?”

After some thought, Amir replied,I feel that I have a problem, a high sex drive, that other normal people don’t seem to have, that I cannot control… That I’m seeking some momentary pleasure. In the past I’ve tried to justify to myself that human beings are programmed to have sex with as many human beings as they can, given the opportunity.“

The rationalization that his problem was purely biological put Amir in a disempowering situation that made any lasting change impossible for him because if he is wired this way, then there’s not a whole lot he can do about it.

I went along with his argument that, okay, the problem was about a high sex drive. I probed around to see if there were signs of any disharmony in his life. If this were something that was really a part of his natural disposition or fitra, it wouldn’t interfere or cause any disruptions or create havoc in his daily life. In fact it would create harmony, and fit right into his life.

As we dwelled deeper, Amir said something that was revealing. He had spent around $24,000 over the past decade in pursuit of his sexual outlets.I understand that I’m ruining my life and my hereafter, both of them at the same time. In terms of that money that I’m wasting, it could be spent for my kids, and it’s an amanah (a trust), I could be earning reward through sadaqa or charity. It could be put to use. It’s not only the financial aspect, but for me it’s betraying the person I love the most – my wife. I think that is the most painful thing.”

Upon this realization, I pressed Amir further,

Amir remained silent. It was clear that his sexual behaviors were anything but natural, and in fact caused more disharmony in his life.

I asked a follow-up question,

“Why do you think that you are giving into this temptation? You say that you have a great relationship with your wife. The romance is great; the sex life is great even after all these years. You seem to have a picture perfect life. If that is your reality, why hasn’t that been enough for you? Why are you looking outside?”

After a long silence, Amir replied,

“That is the million dollar question. I don’t know why I’m seeking it. I’ve been asking myself that same question in solitude.”

And not knowing why was the best place to be. This set him open to possibilities that he may not have otherwise considered. It allowed him to explore the source of his behaviors beyond the rationalizations he was giving to himself.

Amir paused to think and responded,I go through periods of depression, feeling a little bit low, unsatisfied with my accomplishments, feeling a sense of worthlessness that I haven’t achieved as much as I could have achieved in my life in terms of career advancement and things like that.

From very early childhood, I’ve been very shy and introvert. I’ve been lacking self-confidence. I was nervous about meeting new people, but ever since I’ve gotten good education, married, good job, masters degree, I don’t feel that I’m not confident. I’m a lot confident than I used to be when I was a teenager.”

Through this part of the story, we get a different picture of Amir’s life. While this is someone who is incredibly high achieving in life or who some may consider being as a “highly successful Muslim,” what drives his success at the end of the day is his low self worth.

Amir is lacking an internalized concept of self worth, and to compensate for it, he has to continuously seek out things external to him, whether that is external success through his degrees or his sexual encounters, where he can temporarily feel good about himself.

So long as he was seeking to feel good about himself through these external avenues, his self worth void will never be satiated.

And this had been his struggle all along. He created a perception of himself as a “highly successful Muslim” that blinded him from personal defect, to truly see why was it he was truly struggling with unwanted sexual behaviors, with the following mindset:

I’m able to perform well in the other areas of my life, I’m able to achieve, why can’t I achieve in this area of getting rid of my unwanted sexual behaviors? Why am I struggling? I’ve been able to will my way through, and I’m unable to do that here. Because I am able in these areas and I’m unable to do that in this area, it seems to be that the problem does not have to do with me because my track record shows success. And if it’s not with me, I can put the blame on something else, something outside of me, outside of my responsibility, and that is my biologically, or how I’m chemically wired.

In reality, this mindset had cost Amir $24,000. It potentially put his wife’s health in danger, it put his own self him danger and his family in danger. This has been the cost of him seeking to feel good about himself in an unhealthy way.

What you can learn from this is the following, that so long as your struggle is framed as one of being simply biological, as something you can’t help, you’re never poised at a position to ameliorate or change your condition. You’re continually at disempowering state.

This blinds you from seeing even as the case with Amir, what was driving him to achieve, and what was really pushing him to achieve. And ultimately why he was unable to break free from his unwanted sexual behaviors.

For the first time, a new paradigm shift allowed Amir to see how he was directly responsible for his unwanted sexual behaviors, and what was really contributing towards them.

This new understanding empowered Amir to address the underlying issues behind his behaviors, instead of treating the symptoms that he had been doing for so long.