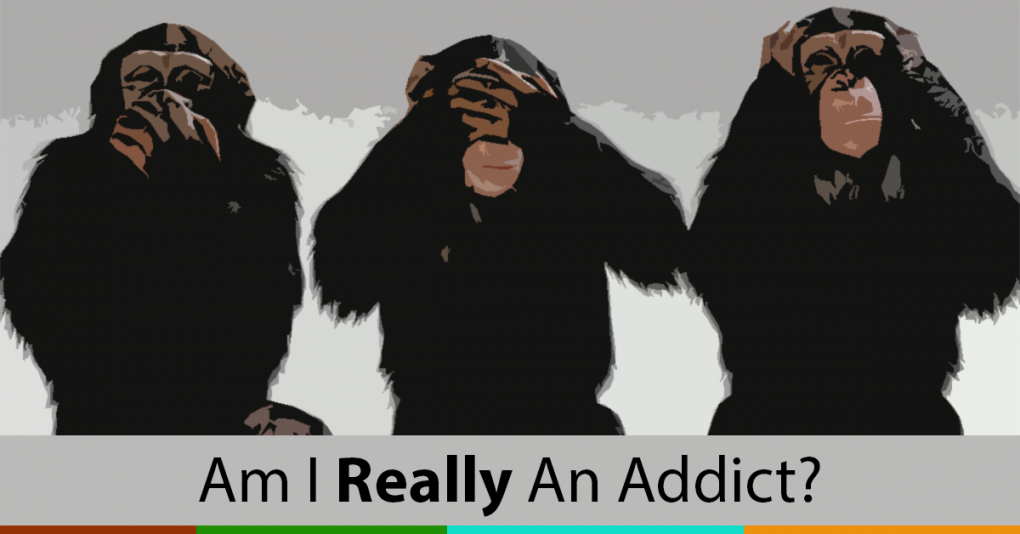 It’s often hard to entertain the possibility that you may be an addict, because it feels as if you decided to take a wrench and throw it in all your dreams. But you can only entertain your dreams and aspire towards them when you’ve addressed and healed the parts of you that are hurting.

Instead of spending time working on their unwanted sexual behaviors, or their addiction and getting what they want out of life, they spend a lot of time trying to minimize their problem or denying it all together, hoping it will just go away on its own.

They believe that it’s something not to be concerned about.

When it first started, no addict ever intended to become an addict. It’s not your fault that you didn’t know where it was going to go. The pressures of an increasingly sexualized society distorted your perceptions about sex at a young age. There are lots of external factors that could have contributed to your unwanted sexual behaviors.

But over the years, perhaps you saw that your behaviour was becoming worse, where it began to cause disruptions at work and school. You may have made many promises to Allah to never return to it but you always found yourself coming back, unable to resist.

That contradiction leads you to a place of denial where it’s easy to discard the reality that you may be suffering a problem. But leading this double life has led to increased isolation between you and your loved ones, where you are consistently covering your tracks, to the extent of lying to get that “next fix.” This only makes you feel worse about yourself and exacerbates the problem of your unwanted sexual behaviors.

You have dreams, goals, and aspirations. You want to be a good Muslim, an activist, or a leader in your community. And perhaps you dream of being a good husband, wife, mother, son, or father. And as soon as you entertain the possibility that you may be an addict, it’s as if you decided to take a wrench and throw it in all your dreams.

But that’s further from the truth.

The irony of running away from this reality that you may be an addict, is that when you finally admit you are an addict, it allows you to come back to a place of wholeness and genuineness.

Here’s what a member, who joined us in a program back in 2010 in what is now the Purify Your Gaze Program said:

Sister Renew” “Purify Your Gaze Member”””]“In the beginning before I signed up I was thinking to myself maybe I’m not this bad, but out of curiosity I signed up. I guess that was the inner addict and me being in denial and I was hoping that you would validate that I’m not really an addict and say things that don’t really apply to me and I would feel so much better because I’m not as bad as “those people” which was kind of what I was hoping for. But the minute when I signed up and listened to the first minutes of the introduction I felt like you were talking to me directly and that this was exactly where I belonged. ”

Deep down sister Renew was sure that she was an addict, but she was looking for ways to confirm that she wasn’t. When she used this energy towards recovery by going through the course, she realized how much her addiction was influenced by how she viewed Allah, and this caused her to realign herself in a way where she realized that Allah was on her side rather than out to get her.

That amount of energy spent in denying a part of you that is trying to tell you something could be put towards working through the problem at hand.

Imagine if you stopped resisting the idea that you could potentially be an addict, and embraced it with acceptance. What are the possibilities in your life that could come to fruition in sha Allah as a result of your healing? What are you denying yourself?