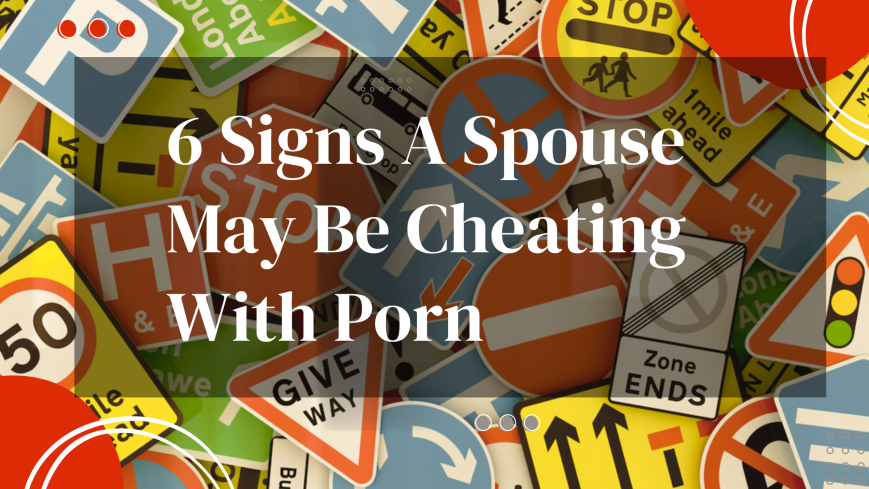 You know your husband better than anyone, which is why you can usually tell when he’s doing something he shouldn’t be. Thus, the first sign that something may be amiss is a noticeable change in his behavior.

While the exact details can vary, you should trust your instincts. While this may not be enough to confront him outright, it will give you a reason to start trying to find out more details about what’s going on beneath the surface.

Another critical point to consider when paying attention to your spouse’s internet habits is how he reacts when you approach him. For example, if he quickly shuts down pages or makes it seem like you’re bothering him, the chances are that he’s looking at something he’s not supposed to.

One excellent way to monitor his habits without making it seem like you’re snooping is to check his browser history. Although most men are aware of this minor detail, many of them will forget from time to time. Also, if his history is wiped clean, it could be a sign that he’s trying to hide something.

#4 He Focuses More on Your Appearance

Once you begin getting suspicious of your spouse’s actions, then you may start to ask questions about his habits, particularly when it comes to online activity. If he deflects your queries or gets defensive, then he’s most likely hiding something and doesn’t want to admit the truth.

In many cases, he will only get more belligerent when you press the issue, which can create conflict between you. If this happens, then it’s probably time to start figuring out a way to confront him so that he can begin the first step toward recovery.

No matter what, you will notice your partner becoming a different person once he starts down the path toward addiction. Thus, it’s imperative that you can spot the signs and take action sooner rather than later.

The path toward recovery is going to be long and difficult for both of you, but the sooner you can start, the better off he will be. In many cases, spouses can feel ashamed of the actions of their loved ones, but the fact is that confronting him is a crucial first step towards recovery. If you do nothing, then the problem will only get worse.